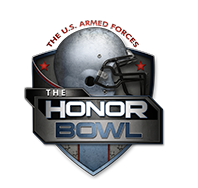 5:00pm
Helix vs. Del Oro: Game one of the 2014 U-T San Diego Honor Bowl is a rematch of the 2011 CIF DII State game where Helix pulled out a victory. Del Oro, led by Head Coach Casey Taylor, travels down from Sacramento and is in the Sierra Foothill League, one of the toughest leagues in the entire State. Helix with Head Coach Troy Starr, a top 25 team in California, is a perennial league champion, section powerhouse with one State title. Del Oro just represented the north in the CIF DI state final playing a tough Bakersfield squad. This will be a great matchup!
Final Rankings: Del Oro #24 in State, Helix 25 in State

8:00pm
Oceanside vs. Mission Viejo: This is the first time these two teams have faced each other and this will no doubt be another great game to watch. Mission Viejo with Head Coach Bob Johnson has had 11 league championships, 3 CIF rings and always brings a great prepared team to the field. Oceanside with Head Coach John Carroll will no doubt again have an array of talented skill players in this matchup. We expect a full house for this game being that both teams are 30 miles from each other, separated by Camp Pendleton.
Final Rankings: Mission Viejo # 7 in State, Oceanside #19 in State

12:00pm
Orange Lutheran vs. Corona Centennial: A rare noon game pits two powerhouses who have never faced each other. Head Coach Chuck Petersen, a former coach for the Air Force is thrilled to be in The Honor Bowl and can’t wait to face Corona Centennial. Head Coach Matt Logan is no stranger to The Honor Bowl when last year had a monumental game beating St. Bonaventure 69-55 which was one of the biggest games in the nation according to MaxPreps.
Final Rankings: Orange Lutheran #20 in State, Corona Centennial #6 in State

7:30 pm
Serra Gardena vs. Bellevue, WA: How about this titanic matchup game (per MaxPreps)? Serra’s Head Coach Scott Altenberg wanted to participate in The Honor Bowl again and said “match us up with anyone’. Bellevue, led by Head Coach Butch Goncharoff, is going to BRING IT  to Oceanside HS when they play the final game traveling from Washington state where they again are ranked #1. Serra, led by Head Coach Scott Altenberg will again bring a hefty group of players where winning is a key word from the beginning of spring ball up to preparing for a CIF final game, something that Serra is familiar with.
Final Rankings: Serra Gardena #11 in CA, Bellevue #1 in WA