The Honor Group is a nonprofit whose sole purpose is to create awareness and educate students and the community about the needs of our military veterans. We do this through athletic and community outreach. The 2014 Honor Bowl™, managed and produced by The Honor Group will be held in Northern and Southern California and the teams participating will travel from four western states. The Honor Bowl™ has been identified by MaxPreps to be one of the nation’s best High School Football Invitations. It is the goal of The Honor Group to expand this event nationwide to further our mission to Educate, Empower and Equip. The money raised by the nonprofit and through our events helped to purchase motorized all terrain wheelchairs that have changed the lives of wounded military veterans. The Honor Group has unpaid volunteers who share the passion that we are making a difference through the growth, visibility and a media-embracing event. Athletes, coaches, students and national press agree with the The Honor Bowl’s motto that it is ‘more than just a football game!” 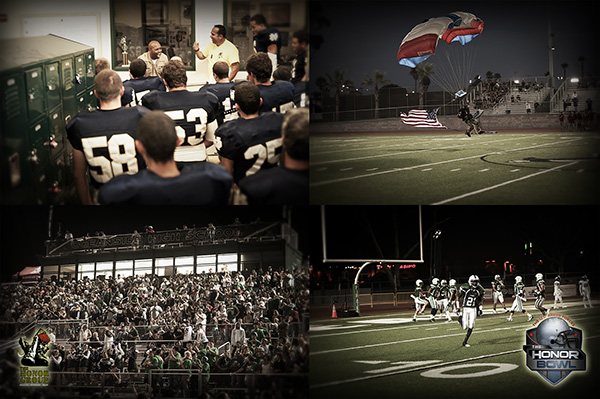 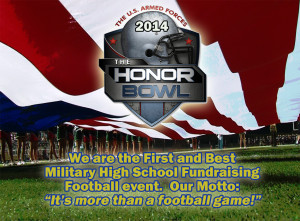 The Honor Group has excelled in building its brand through the Southern California Honor Bowl held in 2013. Through the event we were very fortunate to have both local and national media coverage. Time Warner televised three of the games throughout Southern California providing a presence of The Honor Bowl in this region. U-T San Diego came on board as the presenting sponsor for The Honor Bowl and provided buildup print and online articles leading up to the September event. U-T coordinated with TWC to broadcast the Friday night matchup between Oceanside and Serra of Gardena both on U-T TV streamed on the U-T web site. The analytic that was generated after the event gave evidence that the event was a huge success for the U-T. The work done by the San Diego newspaper substantiated to the region that The Honor Group is a nonprofit that does what it says:
“We change lives!”

Fast-forward to 2014. The Honor Group has not stopped since the 2013 Honor Bowl. The dedicated team mapped out potential match ups by analyzing past schedules with both local San Diego teams with other areas, mapping out wins and losses, adjustments of rosters and creating great games. This is no easy task. The goal is always to find competitive and intriguing games. Media such as nationally recognized MaxPreps, the LA TIMES, Orange County Register and the U-T San Diego collectively praised what they witnessed: The Honor Bowl is just what is claimed… “It’s not just a football game!” 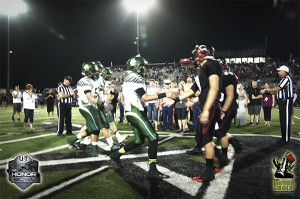 The Honor Group during the winter of 2013 coordinated a game card that MaxPreps has stated to be the Best Football Invitation in the nation. The card includes a field of some of the finest football teams in both California and the nation. Every team has a storied history with accolades with wins and losses, league, section and state championships. The Honor Bowl provides a stage for greatness for fans and the nation to share and witness great programs playing for a cause.

Since 2010 The Honor Bowl has had over 100 teams that have come from four states (California, Nevada, Washington and Hawaii). This includes Varsity, Junior Varsity, Freshmen, Junior football and Sheriff teams.