The idea for The Honor Group was founded by Mark “Coach” Soto, a retired high school football coach of 18 years. Mark has two sons that served in the military and he coached both of them in football. His youngest son after serving 9.5 years in the US Army as an Infantry Sniper, retired in 2015. His oldest son is an injured US Marine who medically retired in 2013 after 8.5 years of service.

Over their years of service, his two sons saw more than 31 months of combined combat deployments. As a result of the deployments, the family saw many military friends deploy and return changed. Many returned wounded, suffering from Post Traumatic Stress (PTS) or witnessed their military brother or sister killed in action. The service men and women were forever changed, as were 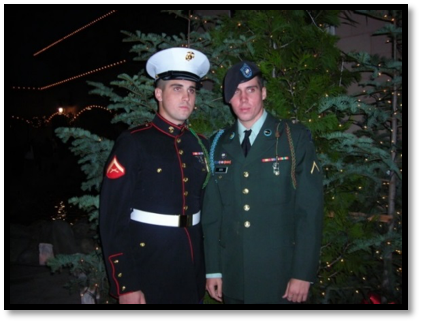 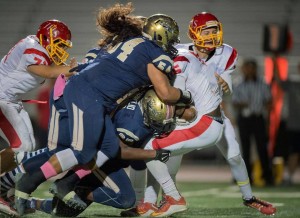 In 2010, as requested, Coach Soto took over a fledgling football showcase in Northern California called Battle at the Capital that was struggling and losing support. As a father and football coach wrapped up in the emotional turmoil of his boy’s multiple deployments, Mark saw this football event as being the perfect venue to educate students, coaches and communities about the needs of our military veterans. Since 2010, the event has changed names, grown throughout California and has morphed into one of the best high school football showcases in the nation. The anchor event is now called: The Honor Bowl.

In December 2012, The Honor Group officially became a non-profit and launched other educational programs to help educate our youth and fundraise to assist injured, ill and wounded military veterans. Nationally respected, The Honor Group has goals to expand across America.

Co-Founder Rick Sutter is instrumental for his focus, drive and passion to manage The Honor Bowl. All media – video, graphics and documents are handled by Rick’s gift to visually create stunning work. Mark and Rick have worked countless hours volunteering their time and services to continue the mission to educate, empower and equip.

Patty Schumacher has been intimately involved with The Honor Group and acts as the CEO of the nonprofit. Patty is a Gold Star Mom – her son Victor Dew was part of the 3/5 Sangin deployment and was the catalyst for the formation of what has become The Honor Group. Patty has a strong relationship with Camp Pendleton and is instrumental for the involvement of the US Marines with The Honor Bowl and other activities that The Honor Group is part of.