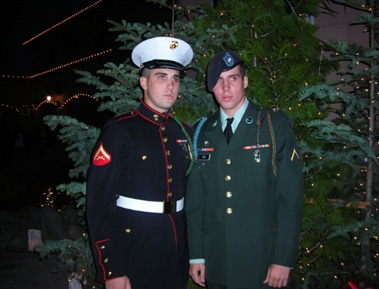 How We Got Started

“I wanted to do something to help! I was a high school football coach so I called some of my friends to see if we could put some games together to play in Honor of those who sacrifice to protect our Freedoms!” 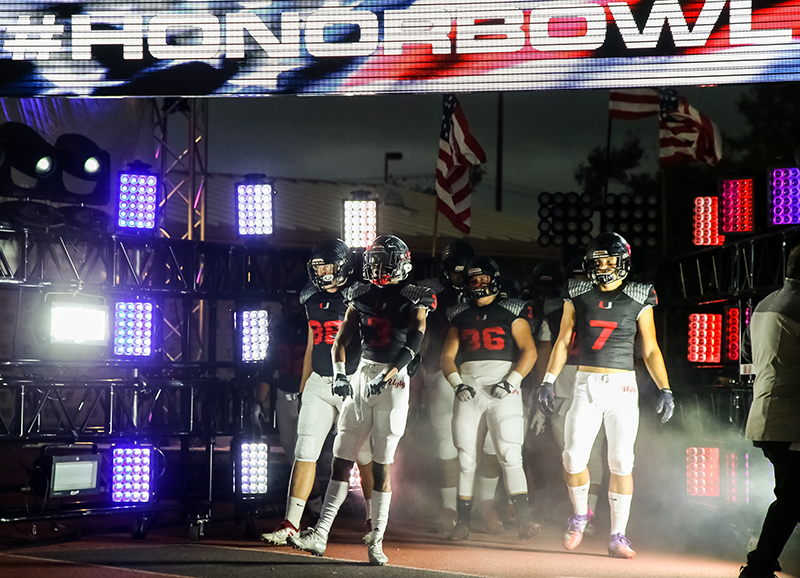 In 2010, a high school coach spent his typical times on a practice field in preparation for another season that loomed ahead. He had done this countless times – in fact for 18 seasons he had worked, sweated and cherished the moments of teaching, inspiring and sharing in the victories and defeats which always seemed to be a learning moment. This season was totally different from past times because both of his sons were deployed in Afghanistan having volunteered to the Army and Marines. Both enlisted because they felt obligated to protect our freedoms here with what was occurring in the Middle East. Though Coach Mark Soto and his wife did their best to convince their sons to follow a different path they were compelled to follow their belief that enlisting was their personal contributions to serve their country.

During this season Coach was given an opportunity to tell his team after a practice the latest news that he learned earlier via SAT phone from Sangin in the Hellmand Province of southern Afghanistan where his oldest son was in the beginning of what would become the bloodiest deployment of the current war. Coach was visibly disturbed with what his son relayed and the players on the field wanted to know more – daily. These players were connected by the firsthand accounts and played in honor for those in harm’s way. This was the genesis of what has evolved into The Honor Bowl – the nation’s finest high school football showcase.

Coach Soto called some of his coaching friends to see if there might be an interest to play in a game to educate their players through an innocent game of football and to emphasize to them about the daily sacrifices that our men and women endure to give us all the chance to assemble, play and enjoy a simple game of football. Since 2010 the Honor Bowl has had over 165 teams to participate in the pregame, half time festivities and cherish the opportunity to personally give back by simply playing a game they love. Coaches and schools have personally fundraised to travel to the games which have been held in Northern California, Orange County and San Diego. Football programs from seven states have experienced the greatness of The Honor Bowl and leave changed and carry the message back to their schools, region and states. Regional and National media outlets have come to report and capture the event to then broadcast the festivities about how local teams fared in The Honor Bowl. Social media has boosted messages, images and video to eager followers. The Honor Bowl is always big news.

The goal has blossomed to what truly has become a national event whose motto is “It’s more than just a football game!” Top teams have opted to turn down their much needed local gate to participate year after year because coaches and administration realize the impact that occurs when a school gives – they get back more!  The Honor Group, a nationally recognized 501 (c) 3 nonprofit based in the Sacramento region oversees the planning, production and coordinates all aspects of the event. All who have done these duties have been completely unpaid volunteers and do so because they share in the opportunity to spread the nonprofit’s mission: to educate our athletes, coaches and communities about the needs of the men and women who serve to protect our freedom. The Honor Group does much more than just educate; countless veterans have been personally helped through the generosities of funds raised during The Honor Bowl as well as through various donations made.

About The Honor Group

The Honor Group is a 501 (c) 3 nonprofit does much more than just educate athletes, coaches and coaches about the needs of our military men and women who volunteer to protect our freedom. Countless veterans have been personally helped through the generosities of funds raised during The Honor Bowl as well as through various donations made. Sponsors who have partnered with The Honor Group recognize the impact that occurs through events that are planned and produced and gladly add value to the needs to educate, empower and equip.